The Montclair Observation Tower was a two-story tower built by the Realty Syndicate in 1925 to help sell homes in the newly opened area of  Montclair Highlands.

“The new observation tower in Montclair Highlands is open to the entire public of the San Francisco Bay district .. With the aid of the telescope and field glasses, you could view the entire panorama.”  On a clear day, it is said you could see points as far away as the Farallon Islands.  Oakland Tribune June 25, 1925 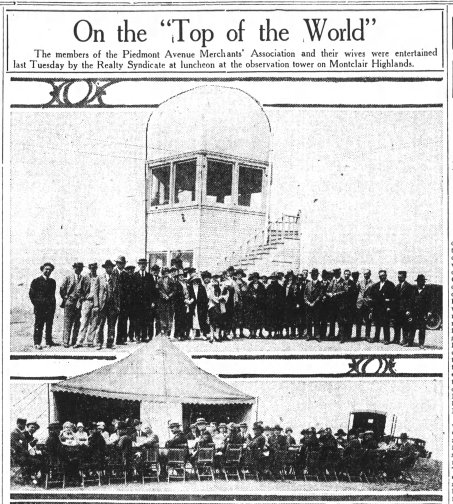 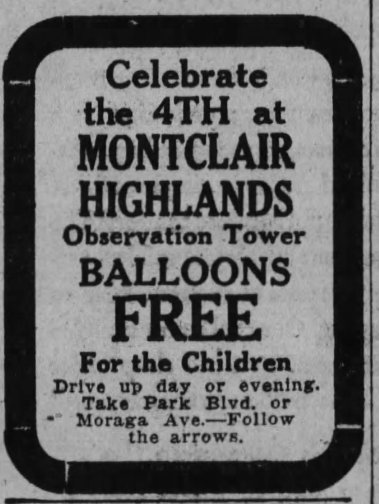 Location of the tower 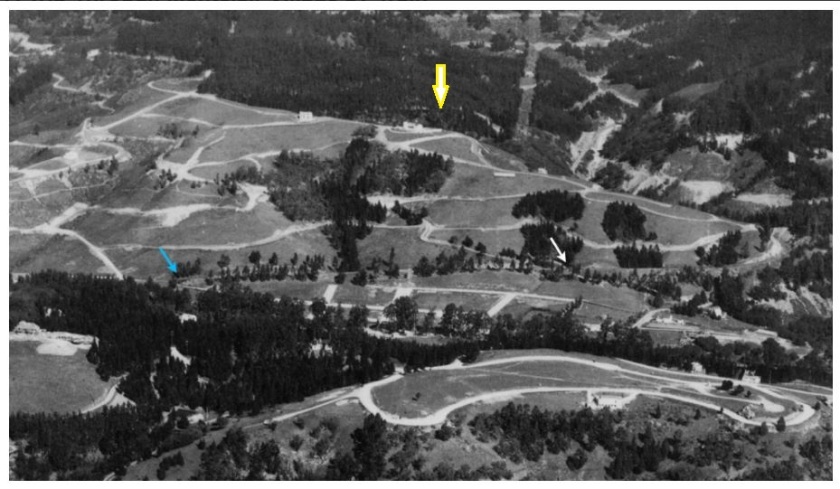 Near the intersection of Asilomar Drive and Aztec Way. 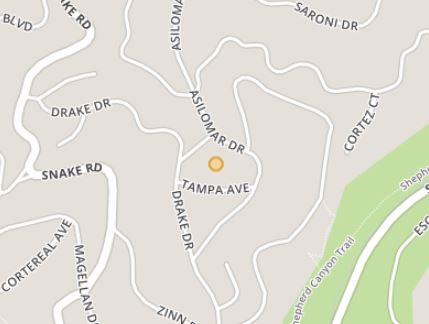 One thought on “Montclair Observation Tower”