The birth of Montclair

The 1920s were economic boom years in the United States as a whole, and in California in particular.  Economic growth was fueled by the general post–World War I recovery, as well as oil discoveries in Los Angeles and, most notably, the widespread introduction of the automobile.

Many of the large downtown office buildings, apartment buildings, and single-family houses still standing in Oakland were built during the 1920s, and they reflect the architectural styles of the time.

1920 was when the first subdivisions or tracts went on sale in the rollings hills in the back of Piedmont.   After running a contest (more on that later) in Oakland Tribune in 1919, Montclair was the name given to the new area. 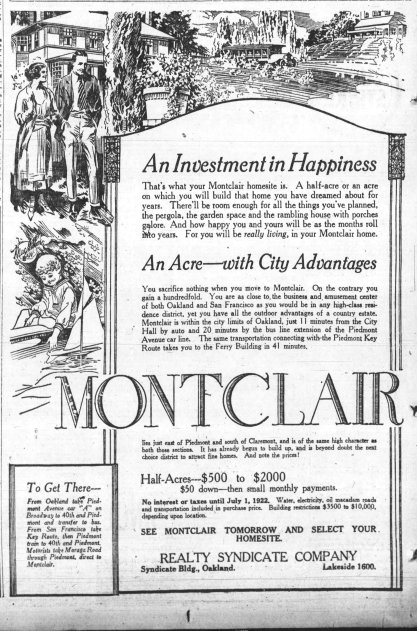 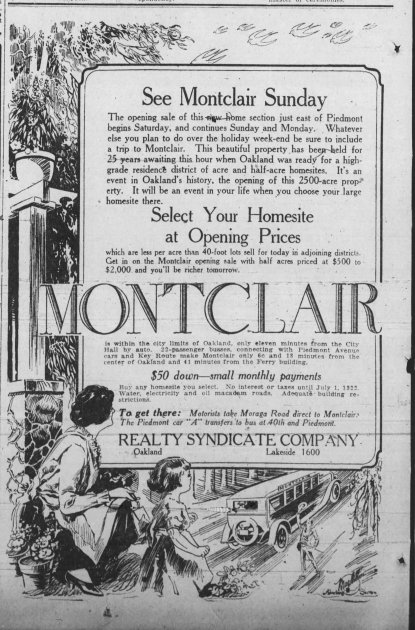 During the first year that Montclair was for sale, some $460,000 worth of beautiful property was sold in Montclair.

Today when you speak of Montclair, it is a much larger area.  The Montclair of today includes the neighborhoods (or tracts) of Pinehaven, Merriewood, Fernwood, Glenwood Glade, Forest Park, Montclair Highlands, and also might include Piedmont Pines.

During those first years of the 1920s, a lot of money and effort went to selling property in Oakland.  From free house or lot giveaways to providing car service to the sites from downtown (just 15 minutes away).  The Realty Syndicate even provided a bus( see The First Bus lines in Oakland ) service to some of their sites.

I thought I would show you some of the clever ads that were in the Oakland Tribune and the San Fransico Chronicle those first years.  In the months leading up to the day Montclair went on sale, they ran small teaser type ads all through the paper.  The one above is from June 1920. 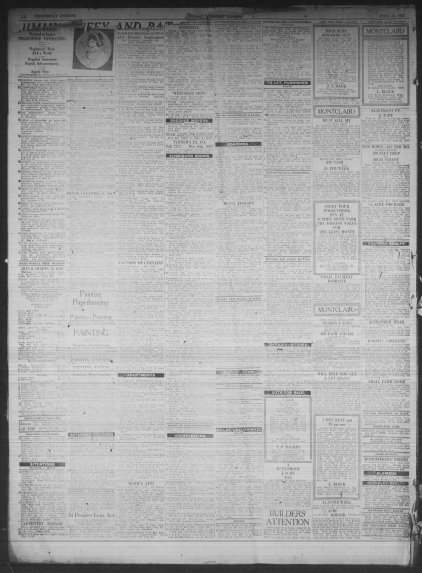 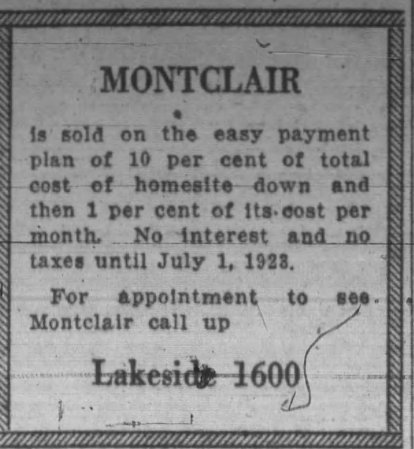 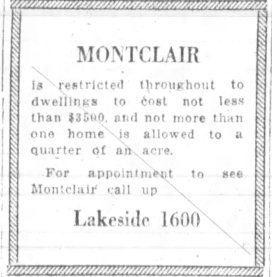 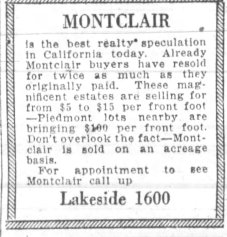 Montclair to be continued

One thought on “Montclair is…”