A special edition of my blog, in honor of Black History Month and a wonderful man.

I was lucky enough to know Clavin Simmons personally.  He was the conductor of the Oakland Symphony when I worked there.

Let me back up a little bit my Mom Sarah Chambers started working at the Oakland Symphony in 1977 when I was still high school. She began as the receptionist and worked her way up the ladder to the Director of Education.

During the summer, she would sign me up to hand out flyers at lunchtime events. One of our board members would do the same as her daughter Libby Schaff, now the Mayor of Oakland.

I was hired in 1980 as the receptionist, and I also worked my way up the ladder to Box Office/Marketing Assistant. We both worked for the Symphony until September 1986 when they filed for bankruptcy.

Before the Oakland Symphony

Calvin was born in San Francisco in 1950.

Music was apart of his life from the beginning. He learned how to play the piano from his Mother.

By age 11, he was conducting the San Francisco Boys Chorus.

He was the assistant conductor with the San Francisco Opera from 1972 to 1975, winning the Kurt Herbert Adler Award.

He remained active at the San Francisco Opera for all his adult life, supporting General Director Kurt Herbert Adler, first as a repetiteur and then as a member of the conducting staff. He made his formal debut conducting Giacomo Puccini’s La Bohème with Ileana Cotrubas. His later work on a production of Dmitri Shostakovich’s Lady Macbeth of the Mtsensk District drew national attention.

In 1979 he conducted the premiere of Menotti’s La Loca at San Diego.

He made his debut at the Metropolitan Opera conducting Engelbert Humperdinck’s Hansel and Gretel, returning the following year. He was on the musical staff at Glyndebourne from 1974 to 1978 and led the Glyndebourne Touring Opera.

Simmons became musical director of the Oakland Symphony Orchestra at the age of 28 in 1978.  He was one of the early African-American conductors of a major orchestra.

His debut or audition was in early 1978.

His final concerts were three performances of the Requiem of Wolfgang Amadeus Mozart in the summer of 1982 with the Masterworks Chorale and the Midsummer Mozart Festival Orchestra.

On Sunday, August 22, 1982, I was next door helping my husband, who was repairing our neighbor’s roof. All of a sudden, my mom screams out the window that Calvin has died. Such a sad day. It took another week to find his body. I t was such a loss to Oakland and to the music world. He was on his way to greatness.

Calvin was visiting friends in Upper State New York. Connery Pond was a place he went to a lot to unwind and regroup. While waiting for dinner, Calvin decided to take a canoe ride out in the pond. He was by himself about 150 feet from the shore, he was a good swimmer. A woman was taking pictures of the sunset from the shore. She pointed her camera towards Calvin, and he must have noticed that, and being the ham he was, he stood up to pose. He then fell into the water.

There was a memorial service on September 07, 1982, at Grace Cathedral in San Francisco, more than 2200 people attended.

There was a memorial concert on September 20, 1982, at the Paramount Theatre.

Calvin joined the Youth Orchestras tour in July of 1982 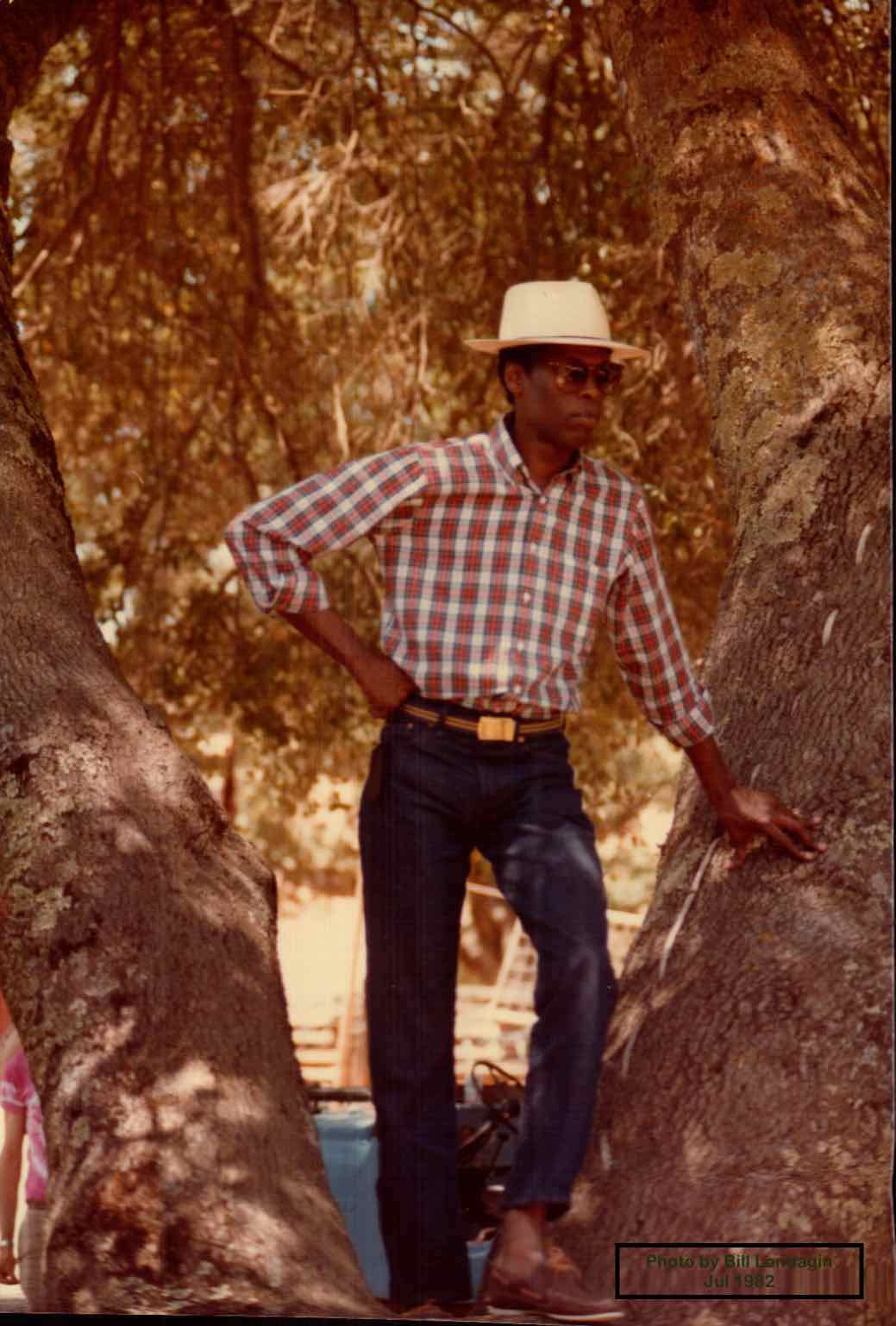 Buy me a Cupp of Coffee

scaring the living crap out of Ted Nugent, Sean Hannity and Joe Farah for 1/14th of a century

READING INTO THE PAST ... WELCOME TO MY HISTORY & BOOK BLOG!

Focused on, near and under Oakland, California since 2007